Osteogenesis imperfecta – OI: A congenital condition characterized by bone fragility and increasing bone deformity; sometimes called brittle-bone syndrome.
Osteogenesis imperfecta – OI: A congenital condition characterized by bone fragility and increasing bone deformity; sometimes called brittle-bone syndrome.
Mark Wiseman can remember the first time he heard those strange words and what they meant. It was more than 10 years ago, just weeks before his twin daughters were born. The idea of one of them having a condition he had never heard of worried him.
“Doctors discovered the problem in an ultrasound before they were born,” Mark said. “We lived in North Carolina but the twins were born in Norfolk so we could be near Children’s Hospital.
“Marley had 17 fractures, just from the birth process,” Mark said. “Sydney was born without any problems.”
Soon afterward, CHKD medical geneticist Virginia Proud confirmed the diagnosis of osteogenesis imperfecta. For tiny Marley it would mean a lifetime of bone fractures at the least provocation. Plus, she would have facial features typical of OI children, a barrel-shaped rib cage, scoliosis and other bone deformities. The doctor warned that she might never walk.
Never walk? Never run, ride a bike or jump rope like most girls?
Mark took it all in. Even today he remembers feeling sure Marley would be the exception. “She was a fighter,” he said. “From the beginning, she’s been determined to do whatever she wanted.”
As the twins grew, Marley wanted to do whatever her twin sister was doing. She crawled first and then walked, to her father’s great relief.
Now a single parent, Mark says spontaneous fractures sometimes sidelined her for several weeks, but today she rides her bike, goes to school, plays on the beach and does lots of things other 10-year-old girls do, thanks to treatments she receives at CHKD to strengthen her bones.
When Marley was a baby, Mark learned that OI patients were being treated successfully with pamidronate infusions. There was just one problem: The treatment was not available in the United States. A Shriners’ Hospital in Montreal, Canada, offered the best hope for treatment that could help her grow normally. So he took Marley to Montreal when she was just a year old, and she began the pamidronate protocol for children with brittle bones. The treatment required her to be in Canada several times a year for the infusions that took three days.

Marley, left, and Sydney, 6 months
Three years ago, after Marley suffered a broken leg and was rushed to CHKD in Norfolk, orthopedic surgeon Carl St. Remy let the family know that pediatric endocrinologist Marta Satin-Smith was now successfully treating OI patients with the same IV therapy that Marley was going all the way to Canada to receive.
Today, Marley and Mark need only travel from their home in Nags Head, N.C., to Children’s Hospital in Norfolk for the ongoing treatment and care by Dr. Satin-Smith.
The pamidronate infusions strengthen bones that would otherwise become weaker as the child grows. Dr. Satin-Smith monitors Marley’s bone improvement with periodic blood tests and X-rays, then shares the results with the physicians in Montreal who continue to track her progress for their records.
“The infusions have helped strengthen Marley’s bones, and she is relatively fracture-free,” Dr. Satin-Smith said. “I treat several OI patients with pamidronate with good results. It is a blessing for their prognosis.”
Dr. St. Remy monitors Marley’s bone growth and occasionally deals with fractures, though she has had no major ones since the broken femur three years ago landed her in a cast for eight weeks.
Mark says rods in Marley’s legs – both femurs and tibias – help stabilize his daughter and assure her safety when standing and walking. Rods affixed to her spine will come later, when her growth slows, says Dr. St. Remy.
On Marley’s visit in November to CHKD, she checked in for a five-hour stay in the short-term procedure unit where a bed awaited her and a comfy chair by the window was ready for her dad. “It’s a pleasant drive from Nags Head,” Mark said, helping Marley settle in as her infusion nurse, Polly Foster, prepared the intravenous drip she would receive for the next few hours.
Marley climbed up on her bed and accepted the video controller that helped her pass the hours. She ordered her lunch – ravioli, salad, a roll and a brownie – and kicked off her shoes. Within minutes, the biphosphonate IV drip of pamidronate (Aredia) was started. Lunch came and she dug in happily. Marley says she likes the food at CHKD, so she cleaned her plate.

Dr. Satin-Smith checks for irregularities in Marley’s bones during a day of infusion in November.
She smiled broadly when Dr. Satin-Smith came in to see her. The two chatted about Halloween activities the week before and talked of school before the doctor began to examine Marley. She tenderly felt Marley’s arms and legs, noting a bump on her shin. Mark assured her it had been there a while, and the doctor remarked that bumps are expected when bones tend to grow abnormally. The good news on this day was that Dr. Satin-Smith and the doctors in Montreal had decided that Marley’s excellent progress warranted a reduction in her treatments from four times a year to three.
Marley says she doesn’t feel anything with the infusions. She is able to play video games and make friendship bracelets while she waits for the five hours to pass. Her nurse popped in often to chat. Sometimes her grandparents, who live in Richmond, come to visit. Her twin sister stays behind in school.
Her father says their life in Nags Head is as close to normal as he can make it. Marley has a special tip-resistant wheelchair that helps her with long stretches of walking and uneven surfaces. “The wheelchair is mostly for safety,” her dad says. She uses it at school where all her classmates lend a hand and everyone is aware that an accidental bump could result in a bone fracture.
“I don’t break as easily as I used to,” she said. “I have friends like everybody else, and everybody at school helps me.” She tells of how once when Santa came to her school, one of her classmates ran to help Marley when it was her turn to sit on Santa’s lap. “He told Santa, ‘Be careful. That’s Marley and she breaks easy.’”
The dad and daughter like their trips to CHKD. “We know we would have to take days off from work and school if we had to go to Montreal every time for her treatments,” Mark said. “This is a blessing and everybody is so nice here.”
Marley Wiseman’s positive attitude clearly overrules the weakness of her bones and she is comfortable with her life. She doesn’t dwell on her limitations, but on the possibilities of her life. Her dad adds, “She may have been born ‘broken,’ but medical science has helped her to grow and become stronger. We’re grateful for that.”
Dr. Satin-Smith practices with CHKD’s urology surgical practice.
This story was featured in the first quarter 2010 issue of KidStuff, a publication of Children's Hospital of The King's Daughters. 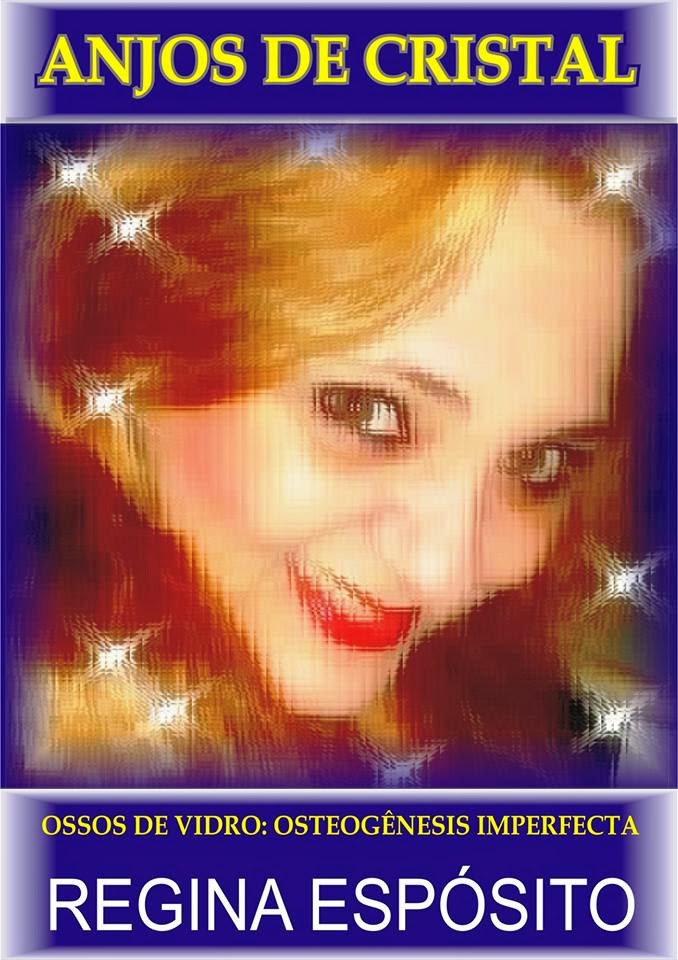 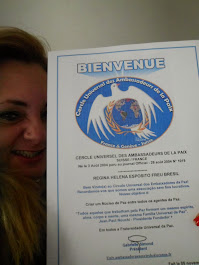 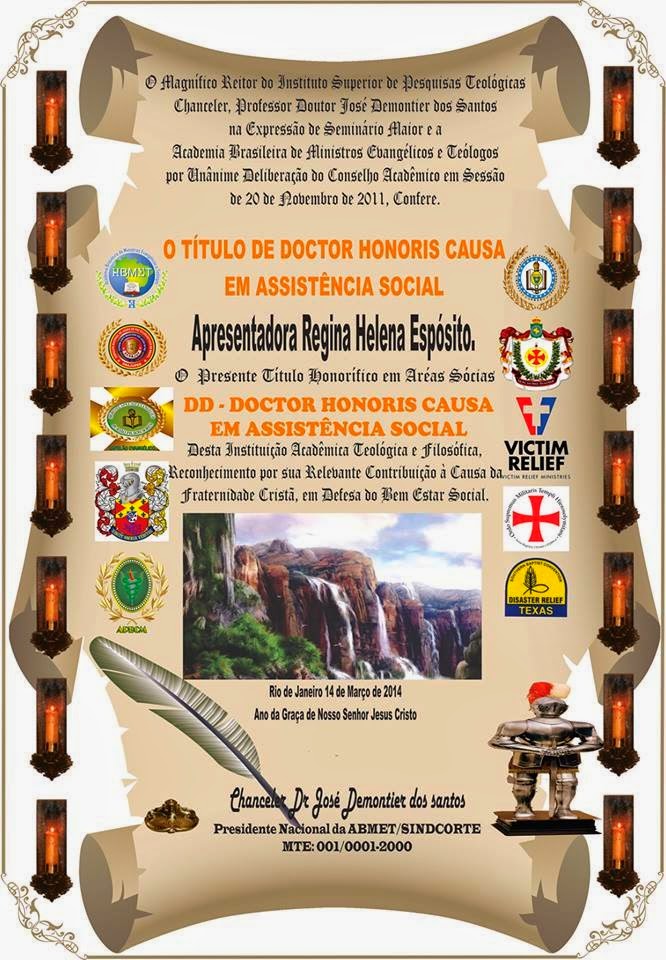 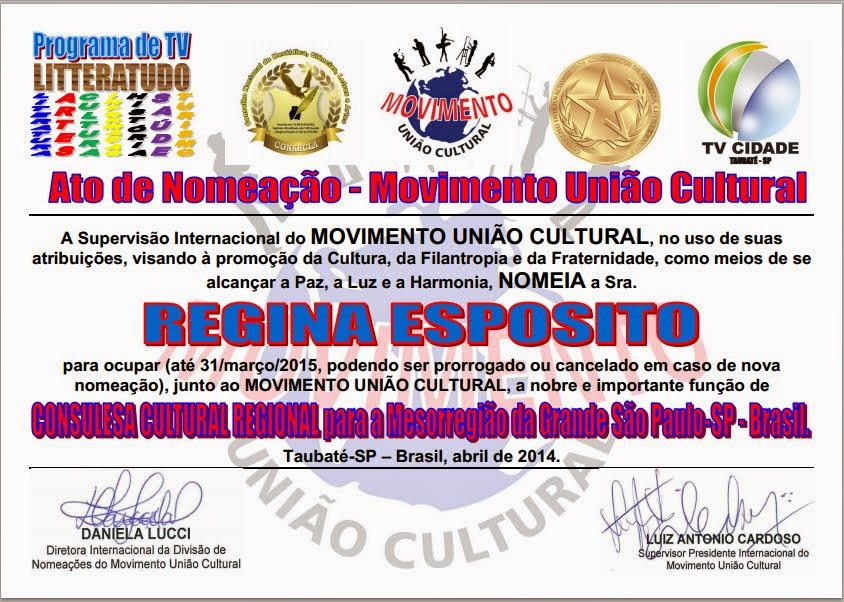 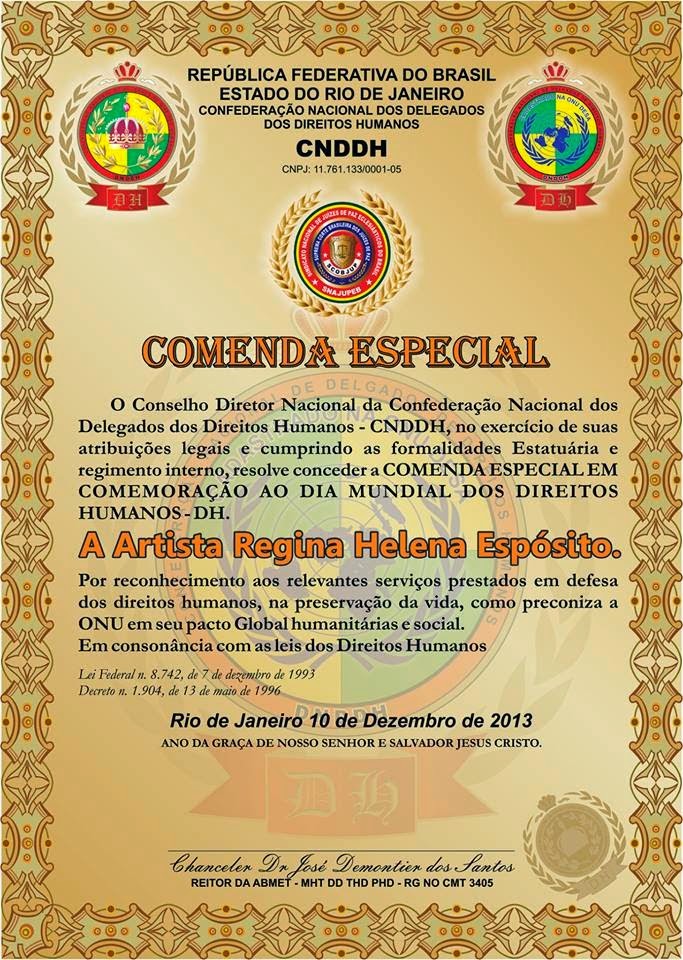 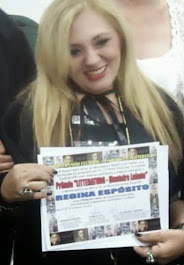 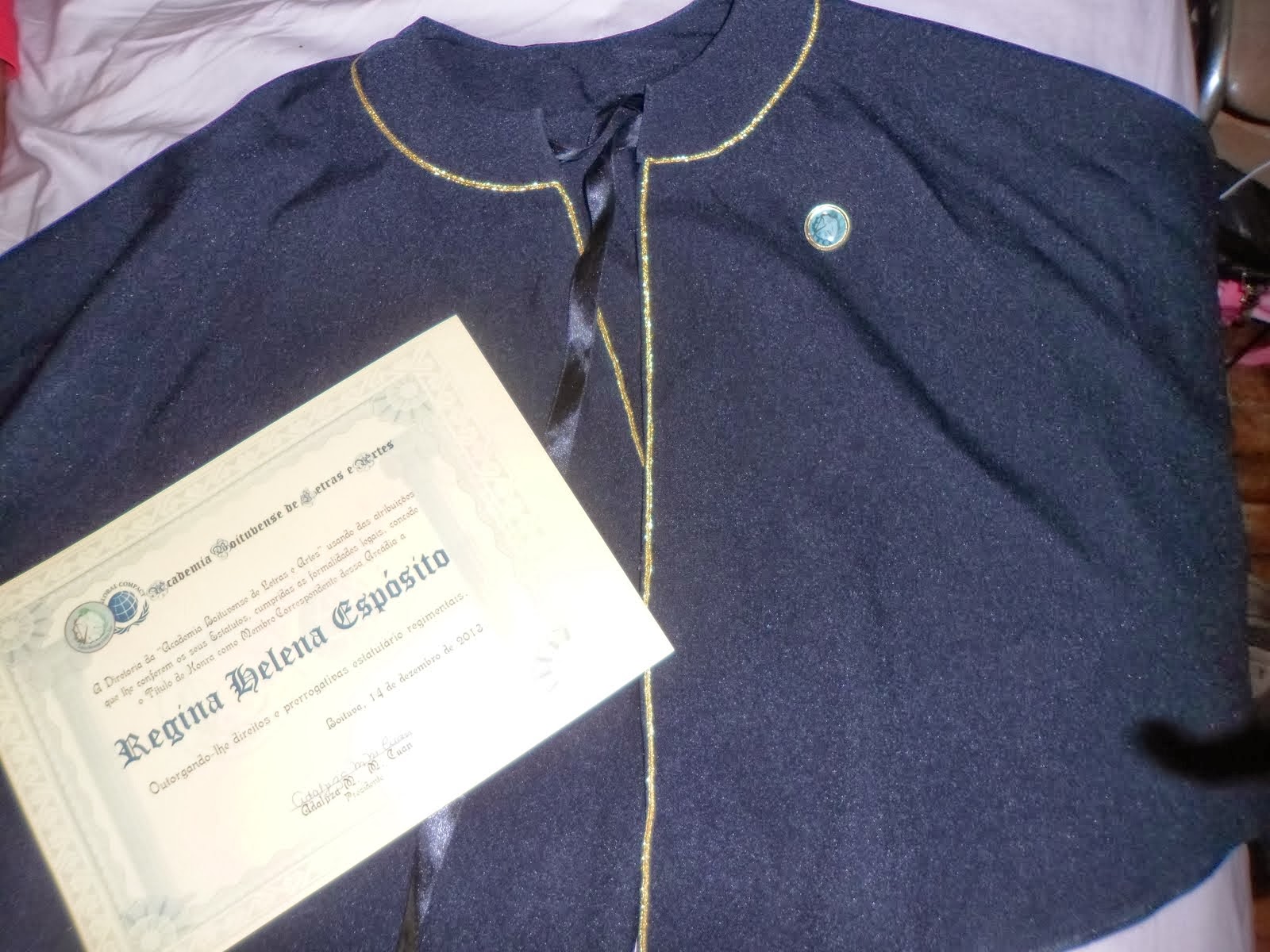 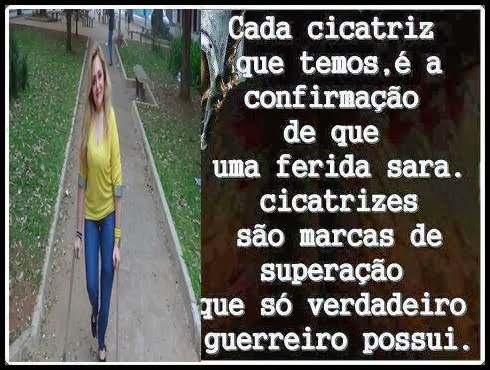 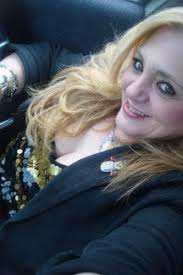 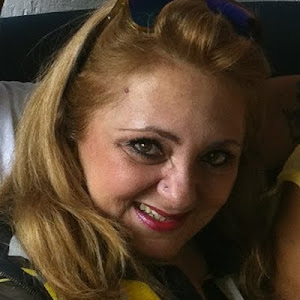 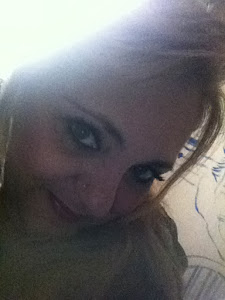 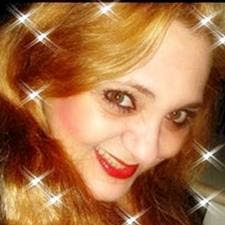 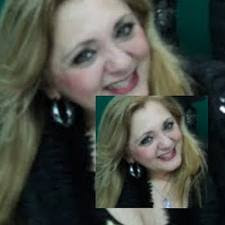 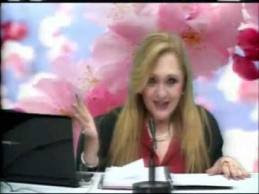 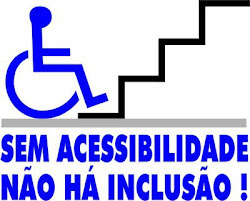 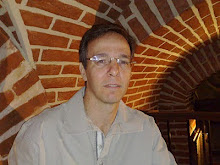 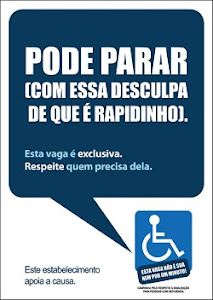 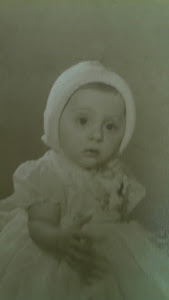 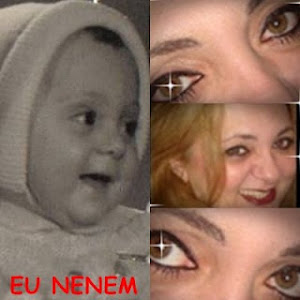